Snow Flurries smells like a watered-down raspberry jelly (no fruits, juice only). It smells sweet, fruity and cold! I think it’s alright. Berry Frost is fairly nice too. It smells like frozen berries – almost like I Love…’s Mixed Berries shower gel.

Orange Icicle is my least favourite of the bunch. It’s not as bad I Love…’s Chocolates & Oranges shower gel, but it’s not that much better because the orange (and cinnamon) fragrance in this shower gel smells very cheap. I’ve already squeezed this shower gel into the hand soap dispenser in the kitchen. 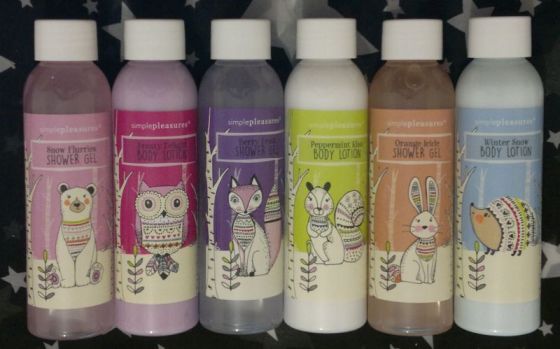 I’ll try to have the review of the body lotions up tomorrow. In the meantime… I got this toiletries set (£3.99 for 3 shower gels and 3 body lotions, 120ml each) from Poundstretcher. So if you’re interested in this set and there’s a Poundstretcher near you… you know what to do! 😀

This site uses Akismet to reduce spam. Learn how your comment data is processed.